Our sponsored team; Milwaukee Aprilia made an impressive start today in Free Practice at Phillip Island thanks to Lorenzo Savadori and Eugene Laverty as they end the day in first and third position. The team now have an automatic Superpole 2 entry for both riders.

Lorenzo and Eugene showed solid pace in the dry and wet with them both setting their fastest times in Free Practice 2. Lorenzo's fast 1'30.407 was the fastest of the day putting him P1 while Eugene's 1'30.746 moved him to P3, separated by 0.339s. 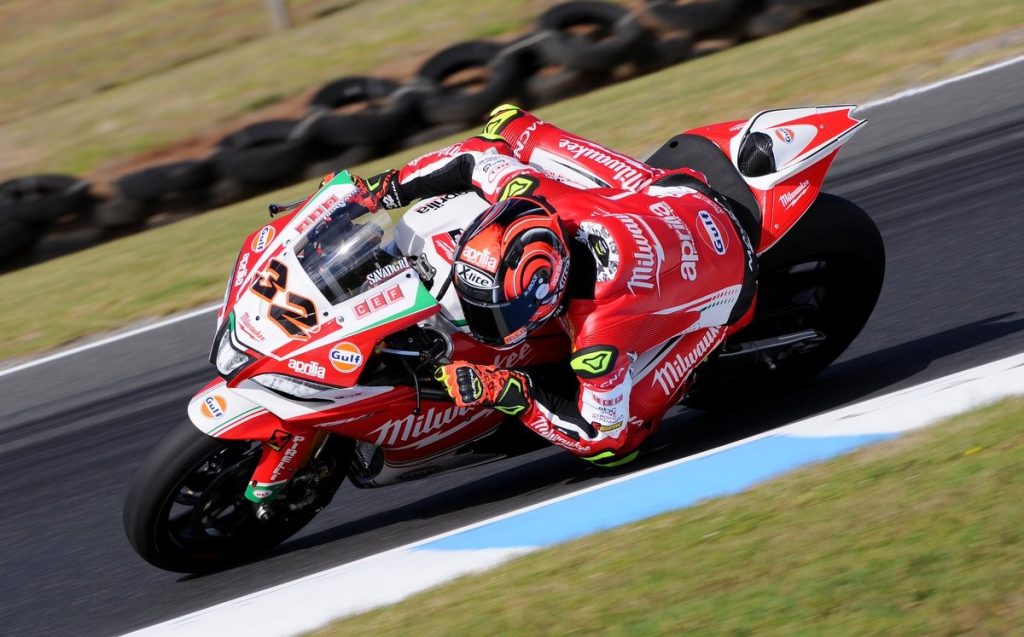 The next race for Milwaukee Aprilia will be on track in Free Practice 4 ahead of Superpole 2 and the race later on in the day.

Lorenzo Savadori comments: “I'm happy to end the day P1 and make Superpole 2. Of course we have more work to do still for the race pace, but we have another session tomorrow morning to improve so that we are in an even better position.”

The weather today was quite difficult but it was the same for all. Aprilia Racing and SMR have worked really hard over the winter on the bike so we have good speed in all conditions. The top riders are still quick for sure, but we have made a lot of progress and I think today we have shown this.

It is difficult to say now how the race will go tomorrow, we still have some more long run practice to do and Superpole first. I know the team will work hard tonight, and I am really looking forward to racing again."

Eugene Laverty opinion of the day: “It was a great day all in all, the bike felt fantastic to ride even in the wet this morning which was good to box off. Then we went out on dry tyres and we were straight into the top of the times which was really promising. To be top three has left me feeling really confident.” 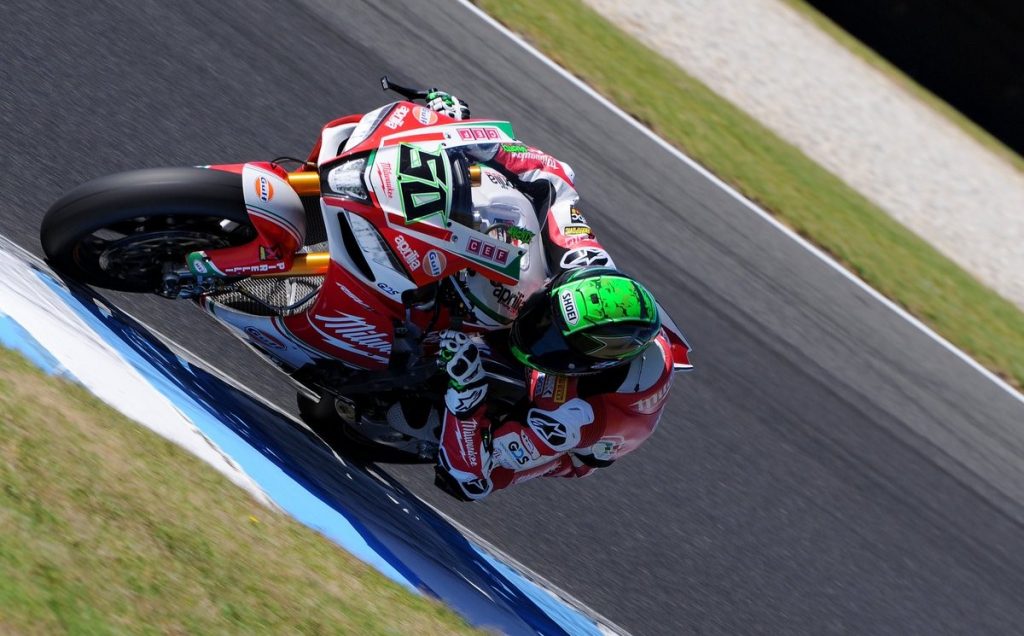 We have a choice of rear tyre for tomorrow which will be a big factor. We've used the data from testing and today and looked closely at it, the grid seems to be split on the choice which leaves things up in the air but we'll be smart in our decision.

Ahead of tomorrow's Superpole and the race I'm hoping for dry weather, like everybody is. That said the bike still felt great in the wet and it would make it more exciting for sure. Either way we have some more things to try in FP4 tomorrow, and I can't wait to see what the race brings."