Power a Soundsystem Using a Generator

Here in Britain, we have a huge and diverse tapestry of music festivals and outdoor events all over the land, every summer. Whether it's a few of your mates bands at a village fete, or a not so legal gathering, or you're powering a massive soundsystem on a stage at a medium/large music festival, you'll need the right know how in order to supply your soundsystem with power.

Event power can be a bit daunting on the surface, but this guide should break it down so that you're knowledgeable to get the right conduit for your powering needs. 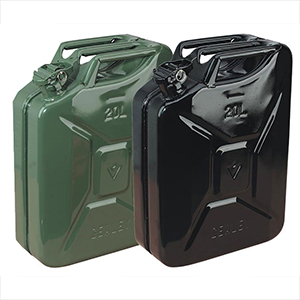 As benchmarked across the live sound industry, you will always get the same reply when posing the petrol vs diesel question - diesel power is king when it comes to live sound.

However, it is still possible to run smaller sound-systems on petrol generators with the right operation and know how.

Both generator fuel types produce dangerous exhaust fumes, including carbon monoxide, which can lead to serious injury or death.

Both fuel types also need to be stored carefully, however petrol is more combustible and can be ignited by static electricity alone. Because of the relative stability of the fuel, the safety edge goes to diesel.

The use of RCD's/MCB's/Trip/Breaker devices within your power chain. 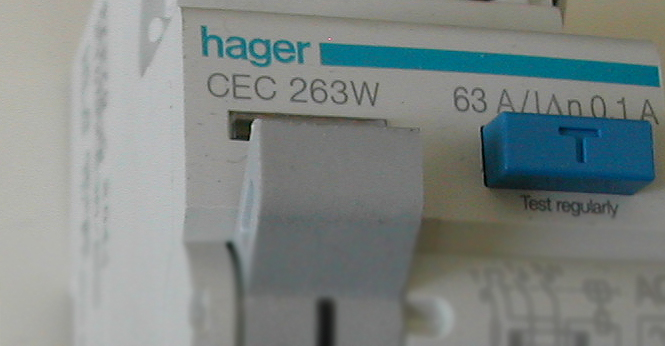 These components safeguard costly sound gear against generator surges and/or voltage swings. They effectively 'kill' the power to your soundsystem in the space of milliseconds, to stop any voltage spikes/earthing faults permanently damaging your equipment. More to the point, they also protect you from serious injury/death. These safety devices can be found on your generators power panel, or on separate power distribution units. 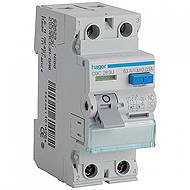 An RCD, or residual current device, is a life-saving device which is designed to prevent you from getting a fatal electric shock if you touch something live, such as a bare wire. It can also provide some protection against electrical fires. 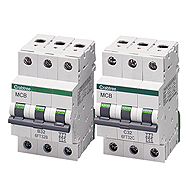 MCBs or Miniature Circuit Breakers are electromechanical devices which protect an electrical circuit from an over-current. The over-current, in an electrical circuit, may result from short circuit, overload or faulty design. An MCB is a better alternative to a Fuse since it does not require replacement once an overload is detected. Unlike fuses, an MCB can be easily reset and thus offers improved operational safety and greater convenience without incurring large operating costs. 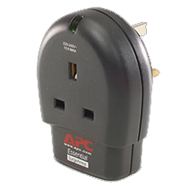 Domestic surge breakers. If you're running on a smaller generator for a smaller soundsystem, a surge protected extension lead will suffice. These do the same job as RCD's and MCB's but on a smaller load current.

How to keep your power feed stable for smaller soundsystems. 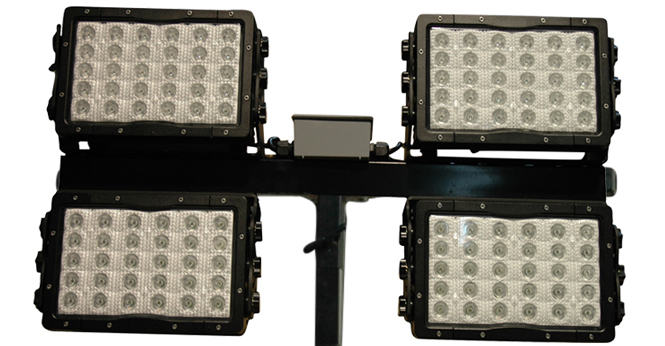 A great tip for if you don't have the luxury of a big generator with a voltage regulating feature (AVR), is to power a halogen site light from on the same generator that is supplying your soundsystem. This keeps your power output stable, which is vital when powering sensitive items such as amplifiers and processing units.
What's more, you could even use LED 'par can' disco lighting instead of a site light for the same results.

Monitoring your power supply from the generator. 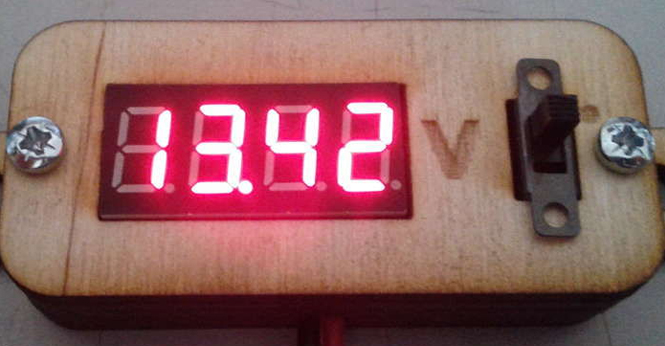 It's really important to keep an eye on your voltage and ampere supply when powering a soundsystem, as voltage swings or current drops from the generator can cause damage to your equipment.

Where there is not a voltage and ampere read out display available, you can always apply one in the power chain to monitor your electrical supply. There are some great third party V&A monitors available out there, and some are even built into power distribution units, specifically for that purpose.

Never run two or more generators at once.

It's a hard enough task running a generator on it's own, so imagine what it's like running two or more at once- now also imagine what electromechanical stress that would put on the two or more generators; one would be 'pulling' and the other would be 'pushing', for example two 5kva generators on one circuit in the event of a voltage swing- one would effectively burn out at 7.5kva output, and the other would under load and possibly cut out at 2.5kva- this in turn would also spell disaster for any connected sound equipment.

When you connect two generators onto the same circuit, you are also putting yourself at the risk of electrocution, as any RCD's and MCB's will effectively be underrated by the excess current; and will effectively cease to protect you. This is called 'cross phasing'.

Always use just one generator at a time.

The world of power distribution units, or more affectionately known as 'distro's...

Distro's are a great 'all in one' unit to power from a generator using the correct cable, with the ability of surge protection from the generator, and to adapt from one type of power supply to another- i.e 32a to 16a to 13a.

There are also external distro's available such as the brilliant Rubber Box distros- these are distros that don't go in an amp rack, but go as a stand alone unit in your power chain.

The difference between 'single phase' and 'three phase' 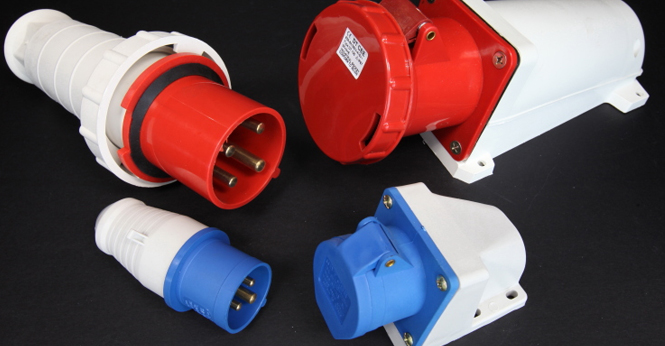 This isn't really much to worry about when powering a soundsystem, however if say a 32a 3ph (three phase) output is your only output from your generator, and you want to just use 32a 1ph (single phase), you can just use an extension cable that has a 32a 3ph 'Ceeform' plug/socket on one end, and a 32a 1ph 'Ceeform' plug/socket on the other.
The way the terminal pins inside the Ceeform ends work out will mean you would have effectively gone from three phase to one phase. 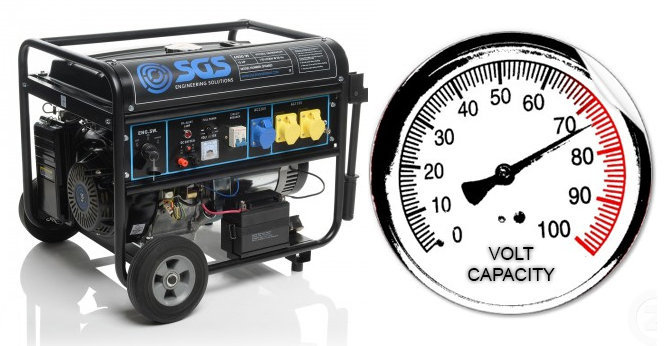 Headroom is a term used in power where it is surplus power for your needs. For example, if your soundsystem's power requirements is converted into kva, it's not a good idea to just match that with a generator- it would mean your generator would be working at 90-100% capacity. It's always a good idea to over specify a generator and go 1.5 - 2 times over what is required. This means your generator isn't working as hard, and keeps the supply stable and reduces any potential problems such as voltage swings or generator cut outs. 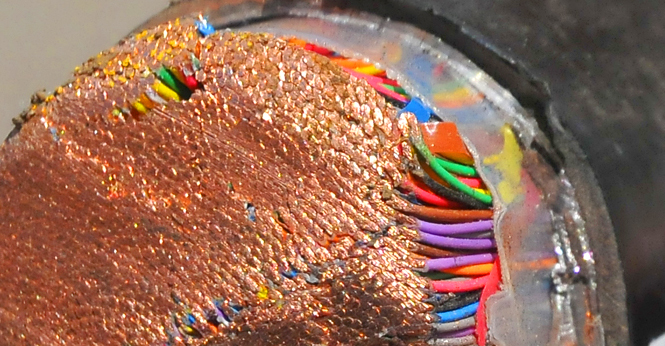 It's always important to choose the right power cable to run from your generator to your rack powering your soundsystem. Things to consider include: 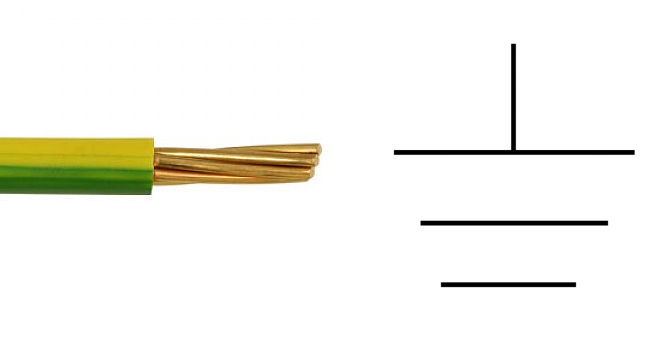 If you are using a 10kva or lower generator, earthing a generator for your soundsystem is not really an issue you have to worry about- most generators of this size use the metal frame surround to earth itself. However, if you manage to get hold of a 10kva or above generator it's always important to use an earthing rod. Earthing rods are used to correctly ground a generator set and the huge output they supply. Earthing rods should go at least four feet into the ground. You may have to use a sledge hammer to smash one into the ground. If using a generator over a few days, water the ground periodically where the earthing rod is in the ground.
If you use rack distros or stand alone distros, they may have a handy LED indicator to indicate that the earthing of the power supply is fine. For example, the 16a EMO C601 has one of these.
Don't be like the amateur that did this- click here.

Powering up your soundsystem once the generator is on 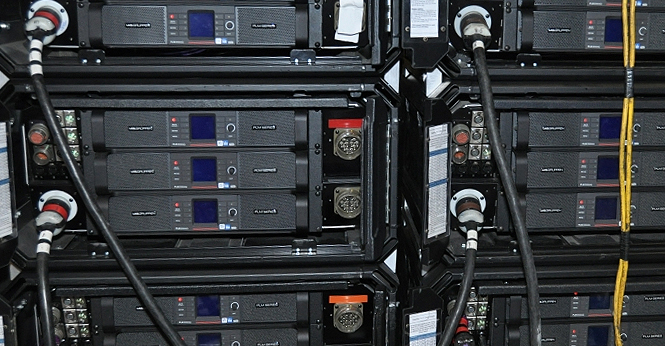 Once all your generator supply is sorted, its time to power up your soundsystem. One thing you will need to do is power it up slowly. Do not go and power up your whole amp rack at once, as power amplifiers use a huge power draw when turning on. As a rule of thumb, always power up the bigger amplifiers first, and leave 30 seconds or so between each amplifier turning on.
For example, turn on bass duty amplifiers first, then 'mid top' duty amplifiers, then processing units. This allows your generator to be broken in slowly, and as stated before, run some LED lighting or a site light to make sure the generator isn't idling down to 0% i.e when bands or DJ's go quiet during their sets.

Get a second opinion 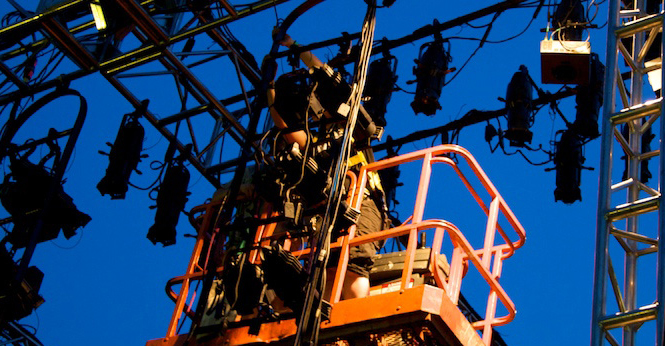 Unless you're very experienced at event electrical supply, it's always an absolute necessity to get a qualified electrician to check over your final set-up. If you're doing a major event such as a music festival, this will be required by law by local authorities. This keeps you as a soundsystem operator safe, and all those using it.
If you're doing a smaller event, get a friend who's an electrician to do some basic checks before you proceed. They may use multimeters and cable testing equipment to make sure everything is safe to use. It's also worth knowing too, that many event organizers will require you to get all of your equipment PAT tested before use. PAT testing ensures your equipment is safe to use, and is reasonably priced- some electricians will do it for as little as 50p per electrical item/cable. They will also issue you with a PAT test certificate which lasts for 12 months. 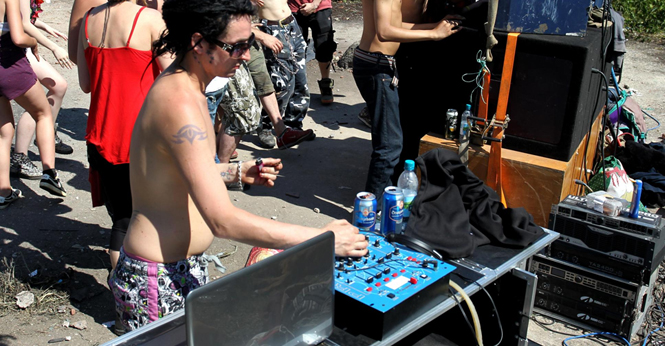