How much would it cost to run the Millennium Falcon?

December sees the release of the eagerly anticipated new Star Wars film ‘The Force Awakens’, and to mark this in our own way, here at SGS we’ve had a closer look at the engineering of the Millennium Falcon.

Specifically, we’ve calculated how much it would cost to maintain and repair Han Solo’s fastest ‘hunk of junk’ in the galaxy were it to exist in modern society – and it turns out Solo would need very deep pockets indeed to keep the Falcon flying.

We estimate that it would cost in excess of £2m in repairs and maintenance to keep the Millennium Falcon in service - although we're not exactly sure how much that is Galatic Credits. This figure is for a good year, in times of battling the Empire and navigating asteroid fields (as Solo is prone to do!) the already considerable costs would no doubt spike. 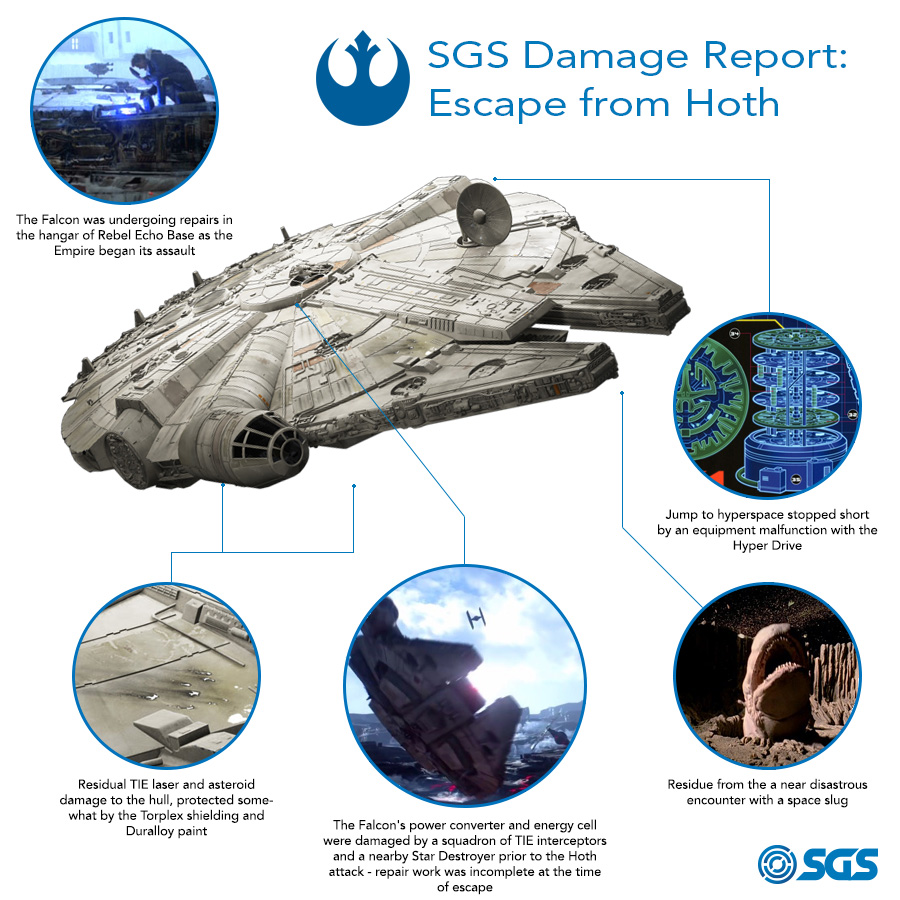 With a reputation for being unreliable, the ship would require more than £350,000 in mechanical man hours alone, while replacements parts would see Captain Solo – played by Harrison Ford – hit for a further half a million.

Originally built as a freighter the Falcon measures 111ft from nose to tail is 82ft wide, and has a maximum cargo hold of 100 metric tonnes. Its defining feature, however, is its 0.5 light speed which means it can famously outrun any ship in the galaxy.

At over 50 years old the Millennium Falcon has had a hard life that’s included navigating asteroid fields, countless crashes and taking on fully-operational Death Stars. This makes for an extensive repair list; faulty hyperdrives, smashed-off sensor dishes, malfunctioning internal systems to name but a few.

We used official data of annual maintenance costs of commercial jets, fighter jets and standard mechanical labour rates as the basis of our calculations.

Using the public accounts of five commercial liners with a mid-sized fleet that roughly mirrored the length and wingspan of the Falcon’s, and the annual International Air Transport Association’s Maintenance Cost Task Force report, we found that the average annual maintenance cost per aircraft was £1,651,483*.

As the Falcon is a combat-ready ship we have added a “combat premium” of £2,436,700 to this figure using government figures of repair costs for two different fighter jets (the F-35 and MiG29) that have been averaged out per aircraft and annualised.
The two figures together and averaged out is how we arrive at the total annual maintenance cost of £2,044,091.

SGS owner and founder Andy Wyatt, comments on the process: 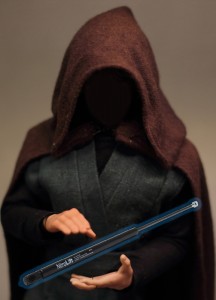 "There have been several estimates about how much it would cost to build the Millennium Falcon from scratch – but as Han Solo wins the ship, so didn’t have to fork out for its construction, we wanted to find out how much the Falcon would dent his wallet just to keep it running.

Anything mechanical that is known as a hunk of junk is going to be expensive to upkeep.

The Falcon’s age and numerous modifications over its lifetime play a big part in ramping up the maintenance costs, not to mention the odd run in with the dark side.

We’re not professing that these are definitive calculations, there is a certain amount of conjecture in there – after all there’s not much to base a replacement hyperdrive on – but they do give a good idea of just how much of a financial burden the Millennium Falcon would have been on Solo.

Although we can see why George Lucas would choose not to make these financial worries a central plot in the storyline. Lightsabres are far more interesting than Solo’s budgets"